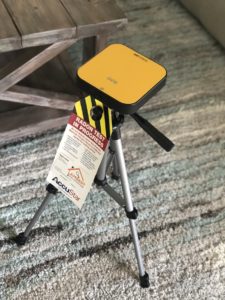 Every home has radon. We are a planet that has radioactive minerals and elements. The decay chain of these minerals eventually decay into radon, which is a gas, and as thus leaves the interior of the earth.

The gas either escapes to the outside or is pulled into our homes, into our breathing space.

Houses are dynamic and change over time. These changes can cause the radon level in the home to change. The EPA and IEMA recommend retesting your home every two years or after you make a dynamic change (adding insulation, new windows, new exterior doors, siding, finishing a basement).

This is a recommendation that includes homes that currently have an active radon mitigation system or a passive (skeletal) radon resistant new construction vent. 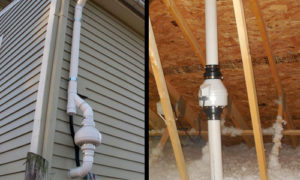 sincerely cares about you and your family’s long-term health. Each one of us has loved ones of our own. That’s why we go the extra mile to ensure you get the right system reducing your home’s radon levels as low as possible, often below 1 pCi/L. We employ certified experts with extensive experience and education who are dedicated to keeping your family safe.

There are several different types of active and passive radon mitigation systems. The construction and age of your home will determine the solution that is right for you.

A passive radon mitigation system is a system without a fan. This type of system may have been installed when your home was being built. It typically includes:

To check if your home has a passive radon mitigation system, take a look in your basement. In the mechanical room, storage room, or under the stairs, you should see a 3-inch white or black plastic pipe that comes up through the concrete floor or sump basket cover, goes up to the ceiling, and disappears inside an interior wall of your home. The pipe should have a label that says, “This is a component of a radon mitigation system, do not tamper with or disconnect.” Or, the installer may have simply written “radon” on the pipe.

Just because your home has a passive radon reduction system, it doesn’t necessarily mean your family is safe. Studies have shown that most passive systems only reduce radon levels by about 50 percent. When high winds blow over the top of the vent pipe on your roof, radon levels can actually increase.

Often, the plumber that installed the system was not trained or certified to do radon mitigation. There is no national standard for radon-resistant new construction for builders to follow. Consequently, many systems are installed incorrectly.

Some of the common mistakes we find are:

It’s possible to convert a passive radon system into an active one. We add a radon fan to create suction under your home. This is done by cutting out part of the vent pipe in the attic and adding a radon fan.

DTD systems are typically very effective at reducing radon concentrations and often the easiest and least expensive systems to install. One drawback to a home with drain tile is we often have to seal many air leaks. These leaks are usually found where the concrete floor meets the foundation wall and at the tops of concrete block walls. If the basement is finished it makes it hard to seal air leaks. A radon fan that can move a lot of air may be needed. These high-flow systems come at a price, including the extra cost to run a bigger radon fan and the loss of conditioned air (air you are paying to heat and cool) that is drawn into the radon system and exhausted outside.

With any active radon mitigation system, the key to getting your levels low is creating a vacuum under your entire home. The only way to know if we’re achieving this is to take the time to do the diagnostic testing. In other words, if we create a suction point in the mechanical room in the basement, is the vacuum under the home reaching the bedroom on the other side of the basement where your kids sleep?

We install a U-tube manometer that measures the suction of a fan. If the fluid levels in the U-tube are different, the radon fan is on. If the fluid levels are equal at zero, the fan is not working. You should call for service. In addition to the manometer, we offer a low airflow alarm that starts to beep within 30 seconds if the airflow in the pipe drops, indicating a problem.

How are we different?

What sets us apart from other cleanup and remediation companies?​

Get Your Free Quote

Fast, reliable, and quality results. Contact us for a free quote today! 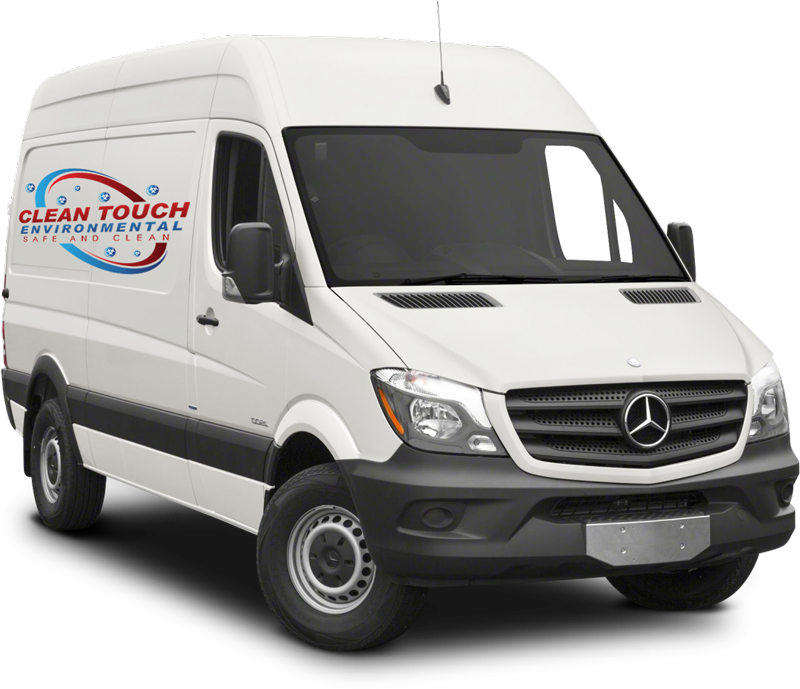 We're ready to Serve you!

Call us today. We are here to help!

At Clean Touch Environmental. we offer 100% free estimates! Call us or complete our quote form.

Clean Touch Environmental is a locally owned and owner operated company, so you can expect the same great results every time. We are committed to providing the best mold testing services to Fairfax, Alexandria and Loudoun counties in Virginia.